Tyre Knowledge The process of tyre production and basic information of tyre are introduced
Functions of Tyre There are countless advanced functions concentrated in a single tyre, such as bearing weight, absorbing and mitigating shock, driving the engine, and changing and maintaining directions.

Bearing Car Weight
Tyres cushion lowers the impact from the road by bearing the car weight, while also transfers the engine power, braking power and change of direction to the road to maintain the movement of the car. Tyres require air injection by adopting the structure and compound to bear the great load of cars. Sometimes, the tube inside the tyre is used, but in the tubeless type in which the rubber that serves as the tube is attached on the inside of the tyre, the air is injected after the tyre is assembled with the wheel, and thus requires a firm connection. Moreover, car load and running stability can only be guaranteed by maintaining optimal air pressure. Tyres are developed in various and complicated forms by applying performance and wheels due to the recent trend of high quality and high performance in vehicles.

Transferring Driving Power
The car power is transferred to the tyre through the mission, conveying the driving and braking power to the roads. The power transmission system of the car transfers the engine power to the running tyres and moves them toward the direction of the tread that is between the road and the tyres. If the brakes are applied on the car, frictional force occurs in the opposite direction of the one between the tyres and the surface, which is called the braking power. 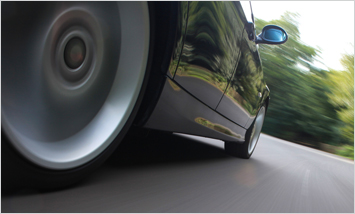 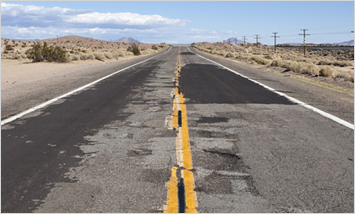 Transferring power for the car to run or stopping the car is done by various devices in the car body, but in the end, tyres affect the overall driving performance. In the operation of the steering system, the driver turns the steering wheel and the operating force is conveyed to the steering gear, and at this point the car slows down and the direction changes, transferred to the knuckle-spindle through the linkage such as the pitman arm, drag link and knuckle arm. The knuckle-spindle rotates around the kingpin with such movement, and thus the motion of the front wheels is changed. And the knuckles on both sides are linked to tie rods through the knuckle arm to create cornering force. If force is given from the side of a car driving straight, the force to keep the car straight in response to the force occurs between the tyres and the road. Also, if the car makes a turning movement, centrifugal force is created on the car, and in response to this force, the tyres create centripetal force around the center of turning between the tyres and the road in response. This force that occurs in the orthogonal direction is called ‘side force.’ Also, the force that occurs in the orthogonal direction of the direction of the tyres is called the ‘cornering force.’
Related Contents

How to replace a tyre view >